Sleep apnea is characterized by brief pauses in breathing throughout the night as a person sleeps. Sleep apnea may be caused by a disruption in communication from the brain (central sleep apnea), a physical blockage of the upper or lower airway (obstructive sleep apnea), or a combination of the two (complex sleep apnea). Though sleep apnea is a common sleep disorder, many people do not seek professional help or treatment for this potentially fatal condition.

Experts at Johns Hopkins Medicine report sleep apnea occurs in nearly 3 percent of the adult population who maintain healthy body weight, while more than 20 percent of those with obesity suffer symptoms of obstructive sleep apnea. Untreated moderate to severe sleep apnea has been linked to several serious medical conditions and has the potential to become fatal. Without treatment, obstructive sleep apnea will only worsen with more frequent or longer apneic episodes.

Health concerns those with untreated obstructive sleep apnea face include:

Adequate sleep aids in the brain’s ability to strengthen crucial neural connections throughout. These connections are important in allowing memories to be strengthened, consolidated, and stored in the appropriate areas of the brain. Obstructive sleep apnea leaves a person more susceptible to experiencing symptoms of sleep deprivation — a serious sleep condition affecting a person’s entire life.

Untreated sleep apnea leaves a person to wake frequently throughout the night, commonly referred to as fragmented sleep. Those living with sleep deprivation or the effects of fragmented sleep are left with overworked or impaired neural pathways in the brain that can no longer work as intended.

Obstructive sleep apnea leads to repetitive hypoxic episodes, or episodes of low oxygen levels within the body, leaving the body to enter into a fight-or-flight response mode. When this happens, your body experiences a natural increase in heart rate (tachycardia), an increase in blood pressure (hypertension), and an increase in stress and inflammation. When the cardiovascular system becomes impaired, it negatively impacts the entire body.

Heart disease is the leading cause of death in the United States with untreated obstructive sleep apnea exacerbating it, however, even with this knowledge, many people do not receive treatment for either condition.

The body is made up of many different systems that must work simultaneously to allow the body to function as it was intended. The metabolic system is responsible for breaking down foods eaten and turning them into fuel for the body. When a person’s body is unable to regulate normal blood sugar levels, they are diagnosed with hyperglycemia (elevated sugar) or hypoglycemia (too little sugar).

Sleep deprivation, a commonly reported side effect of obstructive sleep apnea, decreases the body’s ability to regulate blood sugar levels. It also increases carbon monoxide levels in the blood, resulting in insulin resistance throughout the body.

If a person has developed diabetes as a result of sleep apnea, treatment with continuous positive airway pressure can help to regulate blood sugar levels and decrease the risk of developing irreversible kidney damage or heart disease.

Everyone experiences moments of decreased sleep quality. However, untreated obstructive sleep apnea leads to chronic sleep deprivation that affects multiple areas of a person's life. It can lead to changes in mood or behavior, the inability to complete routine tasks, and even memory problems.

Many people believe if they get the recommended 8 hours of sleep each night they should wake up just fine, right? Wrong. Even if you have received the recommended amount of sleep, impaired sleep quality can be harmful.

Daytime sleepiness is a common symptom experienced by those living with obstructive sleep apnea, especially those who are not being treated for this breathing disorder during sleeping hours. Severe daytime sleepiness leaves the body feeling drained or with little to no energy throughout the day as a result of not receiving restorative sleep. You may go to sleep feeling great, but you feel much worse upon waking up in the morning.

Symptoms of excessive daytime sleepiness include:

Depression is the leading cause of disability affecting more than 300 million people around the world. Depression and untreated sleep apnea are considered a double-edged sword as poor sleep worsens depression while depression increases the risk of poor sleep. Symptoms of depression may include persistent feelings of sadness, changes in sleep and appetite, decreased energy, and poor concentration.

Treatment for depression may be attained through many forms, including prescription medication, cognitive behavioral therapy, yoga, meditation, or a combination. Treating depression symptoms and sleep apnea can help to elevate your mood, improve your sleep quality, and enhance your overall life.

Dementia is a serious condition affecting two or more areas of the brain. It interferes with a person’s social abilities, way of thinking, and daily activities. Dementia is a nonspecific disease affecting more than 55 million people worldwide. While treatment is available, this condition cannot be cured.

Severe, untreated obstructive sleep apnea leads to an overproduction of beta-amyloid, a protein found in the brain that lines the walls and arteries of the brain increasing the risk of Alzheimer’s disease.

Too much beta-amyloid leads to mood changes, cognitive impairment, daytime sleepiness, and increased forgetfulness. The formation of this protein can be identified on a PET scan, however, many providers do not recommend these scans unless symptoms call for it.

Increased risk of an automobile accident

Obstructive sleep apnea without proper treatment can lead to some serious side effects from sleep deprivation to excessive daytime sleepiness. People living with sleep apnea that are not receiving treatment are more likely to fall asleep behind the wheel than those who are getting a full, restorative night of sleep. Untreated obstructive sleep apnea leads to a foggy mind, decreased reaction time, and poor decision-making skills, and can result in an increased risk of having an automobile accident. The American Academy of Sleep Medicine reports that sleep apnea patients were almost 2 1/2 times more likely to be driving a vehicle involved in an automobile accident.

How is obstructive sleep apnea diagnosed?

Sleep apnea is categorized into three categories depending on the number of times a person experiences apneic episodes (pauses in breathing) while they sleep. These categories are:

With the growing fad of the internet and cell phones, there are many apps available that can monitor sleep patterns during the night. However, a diagnosis of central sleep apnea or obstructive sleep apnea can only be made by a licensed doctor.

Your physician will begin by evaluating the current symptoms you are experiencing as well as investigating your family history and risk factors associated. Based on the findings that your primary care doctor uncovers, those suspected of experiencing sleep apnea will be referred to a sleep specialist for a sleep study. This type of study allows a medical team to closely monitor you while you are sleeping to count the number of times breathing stops and restarts during the night and the results are then scored the next morning.

How does obesity increase the risk of developing sleep apnea?

Excessive weight gain not only increases the risk of experiencing apneic episodes but also exacerbates or worsens the health risks associated. People living with obesity are at an increased risk of cardiac conditions as their hearts must work harder to supply the entire body with blood.

Losing weight will not “cure” sleep apnea. It can greatly reduce the number of apneic episodes a person experiences though. Healthy weight gain also reduces a person’s risk of developing diabetes, hypertension, and other serious medical conditions.

Who is at a greater risk of sleep apnea?

While the number one risk factor for obstructive sleep apnea is obesity, many things can leave a person at a greater risk of developing sleep apnea.

If left untreated, obstructive sleep apnea can have life-long, potentially fatal consequences - consequences that can be prevented with proper medical care. The need for treatment varies from one person to the next depending on the diagnosed severity of apnea, accompanying symptoms, presence of daytime sleepiness, and associated risk factors like a family history of cardiac disease or diabetes.

At Houston Ear, Nose, Throat, and Allergy we treat many health concerns within our many conveniently located Houston area offices from facial plastic surgery, ENT and allergy services, and hearing services. As the top-rated local specialists, our skilled staff strives to provide the highest quality of care available with an individualized approach for each patient.

We understand the seriousness of the risk factors associated with conditions like sleep apnea, whether it be caused by airway obstruction or central communication failure. Sleep apnea is not a condition that can be cured and the associated health risks can seem scary, however, if you have been unable to tolerate treatment through the use of continuous positive airway pressure machines there is an alternative...Inspire Sleep Apnea Device.

WHAT IS THE INSPIRE SLEEP APNEA DEVICE?

Inspire Upper Airway Stimulation is an FDA-supported treatment with an implanted device and a patient remote. Inspire sleep therapy can be used as a second-line treatment to help reduce moderate to severe symptoms of obstructive sleep apnea in patients. It is effective in patients whose apnea-hypopnea index (AHI) lies between 15 and 65.

Recent research found that using Inspire therapy in OSA patients led to a significant reduction in the OSA symptoms, including,

Get Evaluated for inspire sleep apnea device at Houston Ear, Nose, and Throat and Allergy

A good night’s rest is important for all parts of the body whether it be the mind, body, or soul experiencing rejuvenation after a long, hard day. Remember, your bad night of sleep affects both you and your partner so do not wait another day to seek help.

If you or someone you love is experiencing symptoms of sleep apnea, reach out today for a consultation. 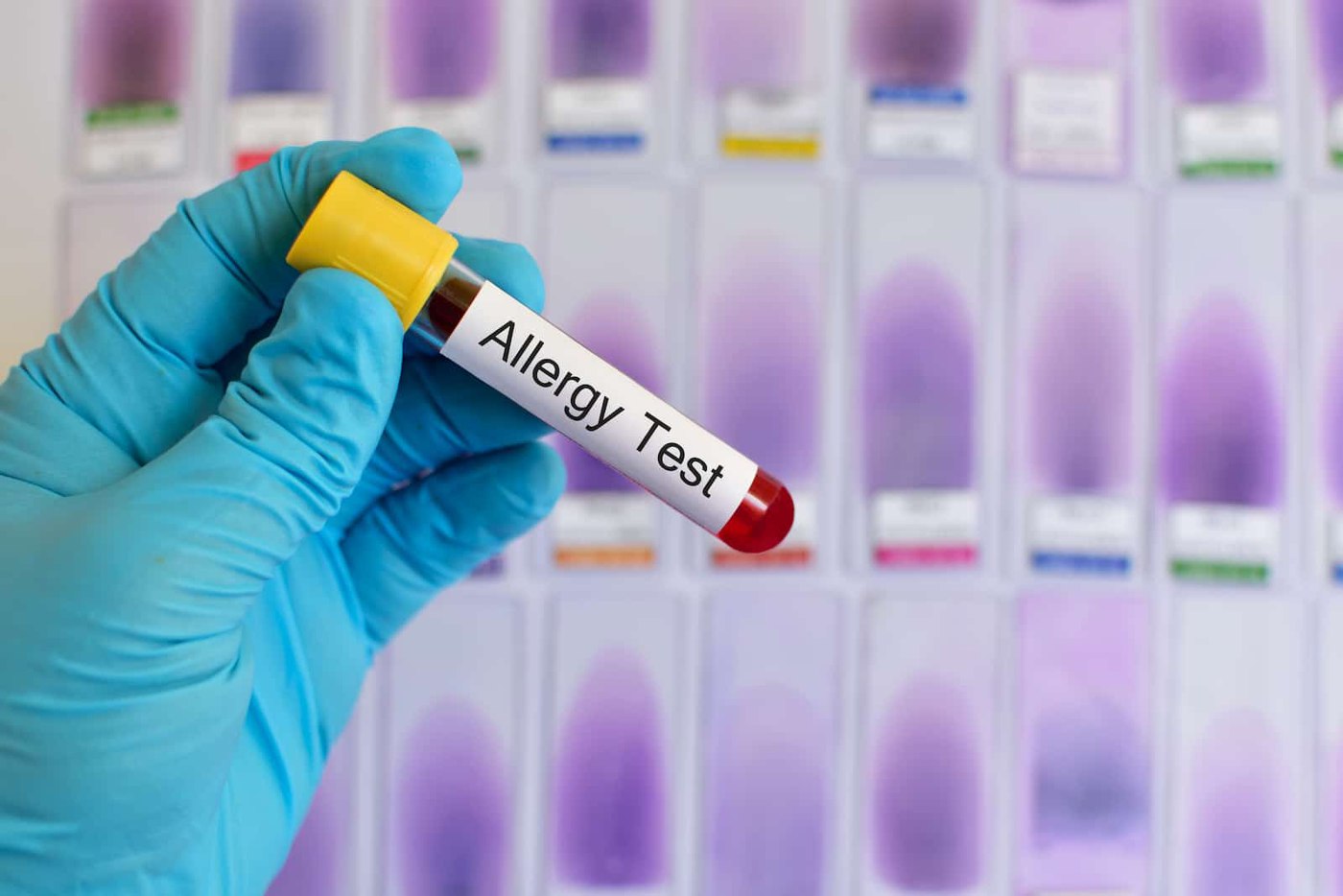