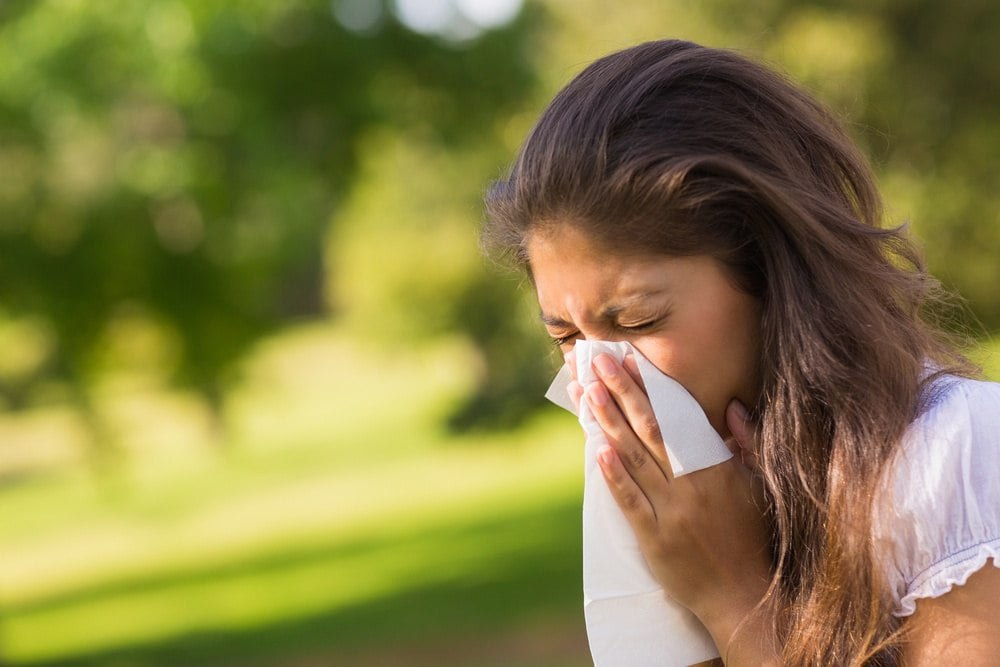 Allergy season is bad each year in Houston. And, according to Houston Chronicle article, Dr. Joshua Septimus, an internist associated with Weill Cornell Medical School and Houston Methodist Hospital,  hasn't seen a year yet that wasn't severe. It's really about to what degree of severity it is.

The overall allergic rhinitis prevalence worldwide has been trending higher over the past 30 years — even more in developing countries. Allergies, however, are more commonplace in the U.S. The Asthma and Allergy Foundation of America estimates allergic rhinitis affects around 20 million adults and 6.1 million children.

This upward trend has no clear explanation, however, there is the "hygiene" theory which implies if you can limit bacteria exposure in early childhood, this could make it so the immune system later on in life becomes more reactive to often harmless agents like dust mites or pollen. Also, bacteria exposure is being significantly reduced through the use of antibacterial agents in everyday products like hand soap and wipes.

Allergic rhinitis is characterized by symptoms such as:

But, it can also impair quality of life as many individuals with it often complain of things like difficulty thinking, fatigue and trouble performing at school or work when their allergy symptoms are at their worst. Allergic rhinitis is also linked with other types of respiratory conditions like asthma and sinus infections. Therefore, being able to improve allergy symptoms can help you avoid other co-morbid conditions and improve quality of life.

Of course, in addition to allergies, colds and flu are also running rampage this time of year, so be sure to read our blog post “Allergies vs. Cold or Flu: DIfference and Symptoms.

At certain times of the year, Houston is at its highest allergy levels. Looking at Houston's Health Departments allergy index, in March, tree pollen is very heavy.

The symptoms of allergies listed above may occur when your body thinks that typically harmless allergens are actually harmful antigens and it releases histamine (a natural substance involved in local immune responses) into your bloodstream. However, what are Houston's allergy causes that bring on these symptoms in people?

The pollen count can also get heavy in the Houston area during certain times of the year. In fact, it’s a common allergen in Houston as well as other U.S. areas. There are around 67 million people with allergies in the U.S. and out of these people, 81 percent state they're allergic to pollen. Since pollen is an airborne allergen, it can easily spread as the wind carries it all over. Weeds, grasses and trees create pollen and it can cause problems like:

In Houston, allergy season begins in January with tree pollen and continues on to September due to the short winter season in local areas. Houston's common tree pollen creators include:

Any one of these can cause allergy symptoms in individuals who are allergic.

Rainfall increases during the fall season and produces high moisture levels in the environment leading to higher mold counts. Because of its high humidity levels, Houston has a relatively higher rate of mold allergies than other parts of the U.S. Common molds in the state include:

Allergy sufferers also have to worry about pigmented or dematiaceous fungal species too.

Houston's grass counts are at their highest during the months of March through July. Common grasses that cause allergies include:

Juniper trees also cause problems for Houston residents during the spring. They cause congestion, sneezing and watery nasal discharge in people allergic.

Another tree, the Box Elder, creates allergens in Houston. January through May is when its in season. This tree is a common maple species that is all over the U.S. The Box Elder tree pollen is abundant during the springtime and out of all tree pollens, it has the highest allergenicity levels. Allergic people may suffer with symptoms such as:

Those allergic may also suffer with skin reactions like itchiness, pain and rash if the pollen comes in contact with their skin.

Oak is prevalent during the spring and is yet another Houston area common allergen. It causes itchy and watery eyes, sneezing, cough and a runny nose.

Birch trees are gaining popularity increasing Birch allergies. This allergen can mimic flu or cold symptoms, but you don't get the fever. If you're suffering with unexplained nasal and eye allergy symptoms, Birch could be the culprit.

Avoiding allergens is usually the first recommendation to manage allergy symptoms, however, this can often be difficult. Some allergy prevention tips may include:

Get rid of items like stuffed animals, draperies, carpeting or upholstered furniture in the bedrooms.

Presently, no studies have actually shown true relief with prevention and avoidance measures. Because of the allergic rhinitis prevalence, many people seek medical therapy help such as:

Antihistamine medications are easily accessible over the counter without a prescription. They work by blocking the histamine that inflammatory cells release from its receptor during an allergy response. You'll even find antihistamines that won't make you drowsy like the older generation medications did.

Intranasal steroids help relieve nasal congestion and may be combined simultaneously with antihistamines. They deliver steroids topically to your nasal mucosa suppressing the inflammatory response. You do require a prescription for these medications.

Consult with Houston ENT & Allergy for Your Allergy Symptoms

If you're suffering from allergies and avoidance measures aren't working, consult with us here at Houston ENT & Allergy.  At one of our Houston ENT locations, one of our ENT doctors can perform a comprehensive physical exam and skin allergy testing to determine what the exact allergens are that are affecting you specifically.  We can even find out specific Houston area allergens you're allergic to. We’ll prescribe you the right treatment for your allergies so you can finally stop suffering from Houston allergy symptoms and enjoy life.