Top 9 Reasons Why You Should Treat Nasal Congestion 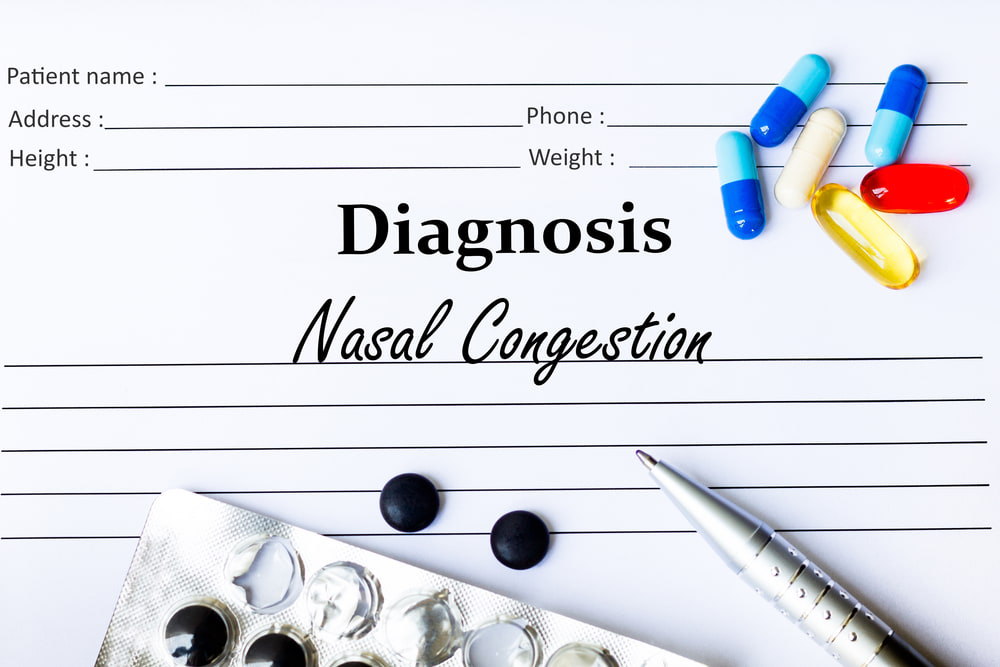 Nasal congestion symptoms can be very irritating but the stuffiness, runny nose, headache, sore nostrils, etc. you may experience are just the beginning.  Left untreated long-term, it can lead to many negative effects to your physical and mental health.

Here are the top reasons to treat nasal congestion:

Snoring can be caused by swollen nasal passages.  Since your nasal passages are the smallest part of your airway anatomy, inflammation can cause restriction to your airflow.  The decreased airflow can cause turbulence in the back of the throat and lead to vibration of the base of the tongue, soft palate, and/or uvula.  Studies have shown that nasal inflammation can increase the occurrence of snoring by up to 300%.

While snoring itself may not be considered dangerous, it can cause people sleeping next to a chronic snorer to lose an hour of sleep per night on average.  This can cause irritability, affect blood pressure, and affect concentration… not to mention put stress on the relationship between the chronic snorer and their partner.  Also, chronic snoring can cause the soft tissue at the back of the throat to stretch over time and lead to obstructive sleep apnea.

Sleep apnea is a disorder in which breathing is interrupted repeatedly during sleep.  Breathing can become too shallow or stop entirely. These interruptions can cause the sleep apnea sufferer to wake up several times during the sleep cycle.

Restless nights and low blood oxygen levels can cause headaches, fatigue, and drowsiness throughout the day.  Treating nasal congestion can help maintain airflow through the nasal passages and help with proper breathing.

The level of carbon dioxide in the blood determines the amount of oxygen that is absorbed into the blood.  If carbon dioxide is lost too quickly by mouth breathing vs nose breathing, oxygen absorption is decreased and dizziness or fainting can result due to lack of oxygen.

Healthy nasal passages help to ensure that the proper oxygen-carbon dioxide exchange occurs which will reduce the urge to breathe through the mouth while exercising.  It can also cause us to slow down and avoid overexertion during exercise.

Breathing primarily through the mouth can cause several health concerns.  When air is inhaled through the nose, it passes over the mucous membranes and into the sinuses.  Nitric oxide, a compound that helps regulate healthy blood flow, healthy blood pressure levels, communication between brain cells, and oxygenation of cells, is produced in the sinuses.

Studies have shown that breathing through your mouth as opposed to your nose can decrease oxygenation of the blood by 10 to 20 percent since the nitric oxide produced in the sinuses isn’t being utilized when air is inhaled through the mouth.  Lower levels of oxygen in the bloodstream can lead to fatigue and may cause stress on the heart and lungs as well.

Post-nasal drip may also be the cause of bad breath.  Mucus is produced in the sinuses to help moisten moisten the nasal membranes and inhaled air, helps to clear inhaled foreign particles, and helps fight infections by trapping and destroying viruses and bacteria.  It generally drains, unnoticed, down the back of the throat. If more mucus is being produced than usual, or the mucus is thicker, it is more noticeable. This is known as post-nasal drip. At this point, microbes and foreign particles are not being cleared properly and may give off an odor.

If mouth breathing is necessary due to congested nasal passages, the mouth dries out, saliva production decreases, and dental health issues may occur.  Saliva is very important to dental health. It is responsible for aiding in digestion, neutralizing acid, and washing away bacteria. Without it, chances for cavities and tooth decay increase.

Dry mouth is also a cause for gum disease.  Gum disease can not only lead to tooth loss but is also suspected to lead to much more serious health conditions throughout the body.  The bacteria that causes gum disease can enter the bloodstream through the gum tissue and affect the heart and lungs. It may also be connected to rheumatoid arthritis, respiratory disease, and stroke.

Research suggests that breathing through the nose may enhance the memory consolidation process (the process of converting short-term memories to long-term memories).  In a study published in the Journal of Neuroscience, subjects were asked to smell and memorize different odors on two separate occasions.  Some of the scents were familiar while others were more obscure.

When breathing through the mouth, people tend to breathe more shallowly, filling only the upper portion of the lungs.  This has been shown to activate the sympathetic nervous system and trigger a “fight or flight” response. Nasal breathing has been shown to activate the parasympathetic nervous system and cause the body to enter a more relaxed “rest and digest” state, decreasing anxiety and providing a general sense of calm.

Several studies have shown that deep-breathing through the nose is also an effective, non-pharmacological way to reduce depression as well.

Fat from food is stored in fat cells as a compound called triglyceride.  Triglycerides primarily consist of three elements: carbon, hydrogen, and oxygen.  When it is broken down, experiments have shown that about 20% forms water, while about 80% forms carbon dioxide.  The water is excreted in urine, feces, as moisture in the breath, tears, sweat, and other bodily fluids. The carbon dioxide is exhaled during respiration.

As mentioned before, breathing through the nose helps to ensure that the the carbon dioxide to oxygen exchange that happens in the lungs maintain optimum efficiency.  The more efficient this exchange is, the more metabolized fat is exhaled in each breath.

Where to Get Help for Chronic Nasal Congestion

The reasons in this list are just a few of the many benefits you may experience from healthy sinuses.  If you suffer from chronic nasal congestion there are many treatment options available.  Call call Houston ENT & Allergy at 281-649-7000 today to schedule a visit and discuss which treatment options may be right for you.

Find an ENT doctor or  location near me