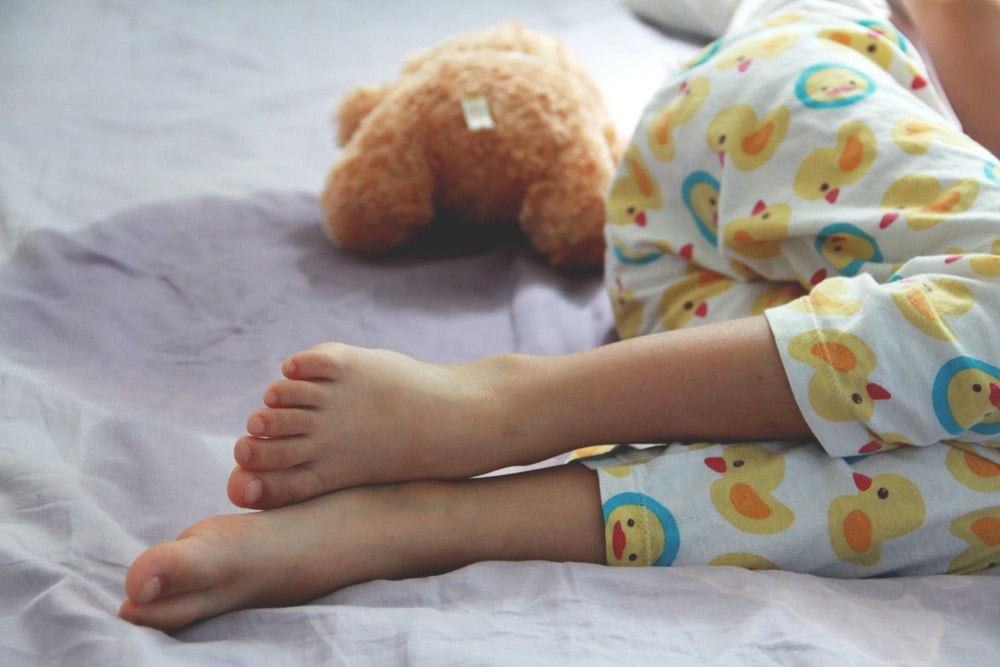 Enuresis is the term giving to older children (over five years old) who wet their bed during the night while they are asleep. Bedwetting can happen several times a week or every night. For many children, bedwetting resolves on its own without any treatment intervention. However, when it doesn’t resolve, parents begin to worry about their child having an underlying medical condition. Many children think they're alone in wetting the bed every night. This can make them feel bad. However, kids with enuresis are far from alone. Around 15 percent of kids this age are affected. And, while kids will naturally gain control of their bladder at night, they all don't do it at the same age. There are many causes of enuresis in children and they can range from poor toilet habits in the daytime to emotional problems. However,  up to 80 percent of children with enuresis have concurrent obstructive sleep apnea (OSA), making it one of the top signs and symptoms of sleep apnea in children.… END_OF_DOCUMENT_TOKEN_TO_BE_REPLACED

What is a Tonsillectomy and Adenoidectomy (T&A)?

As part of our series on pediatric sleep apnea, we’d like to explain more about one of the potential treatments for sleep apnea in children – the tonsillectomy and adenoidectomy (T&A). Sleep apnea is no small matter for children. In addition to the health risk it represents, it can also lead to social problems for children, underperforming in school, bedwetting, behavioral issues, and other problems. Most parents are highly concerned about the risks of sleep apnea and want to learn as much as possible about the condition and the tools available to treat it. This guide will help you make important decisions about whether a tonsillectomy and adenoidectomy (T&A) is the right choice for your child.… END_OF_DOCUMENT_TOKEN_TO_BE_REPLACED

Top 10 Signs and Symptoms of Sleep Apnea in Children 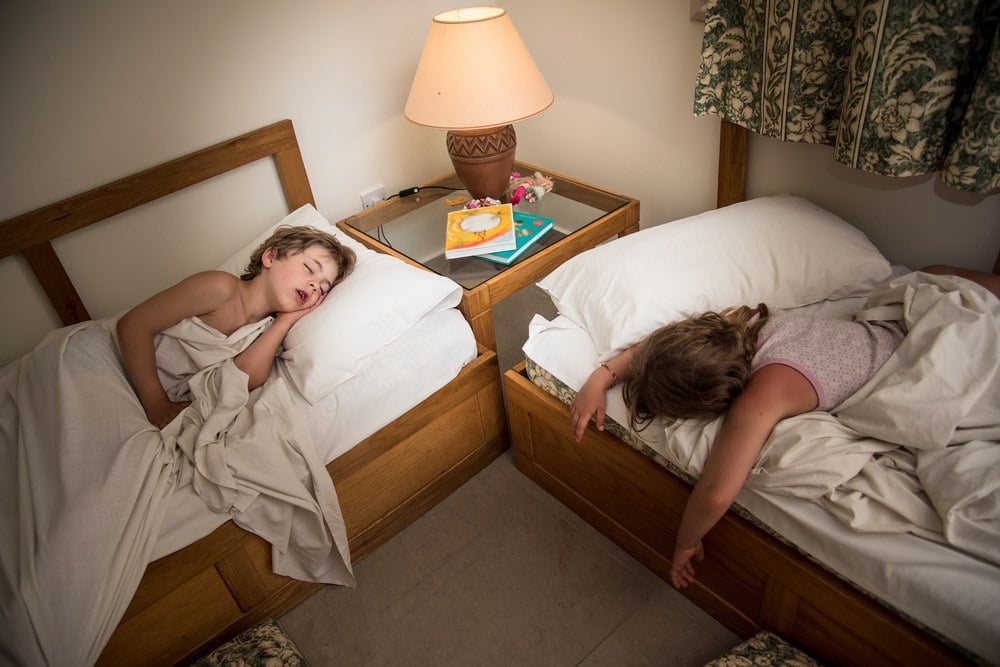 As parents, you want the best for your child. One of your biggest fears is that something would come along to compromise the health of your child or place that health at risk. Sleep apnea is a condition that affects nearly three percent of children, according to a scholarly article appearing in the Korean Journal of Pediatrics.… END_OF_DOCUMENT_TOKEN_TO_BE_REPLACED

While children may not struggle with sleep apnea as much as adults (five percent children vs. 26 percent adults), this condition is still common enough in kids to cause concern for parents. Children with obstructive sleep apnea (OSA) are usually tired during the day. They often display behavioral problems such as having trouble paying attention since they're not getting the quality sleep they need each night.… END_OF_DOCUMENT_TOKEN_TO_BE_REPLACED 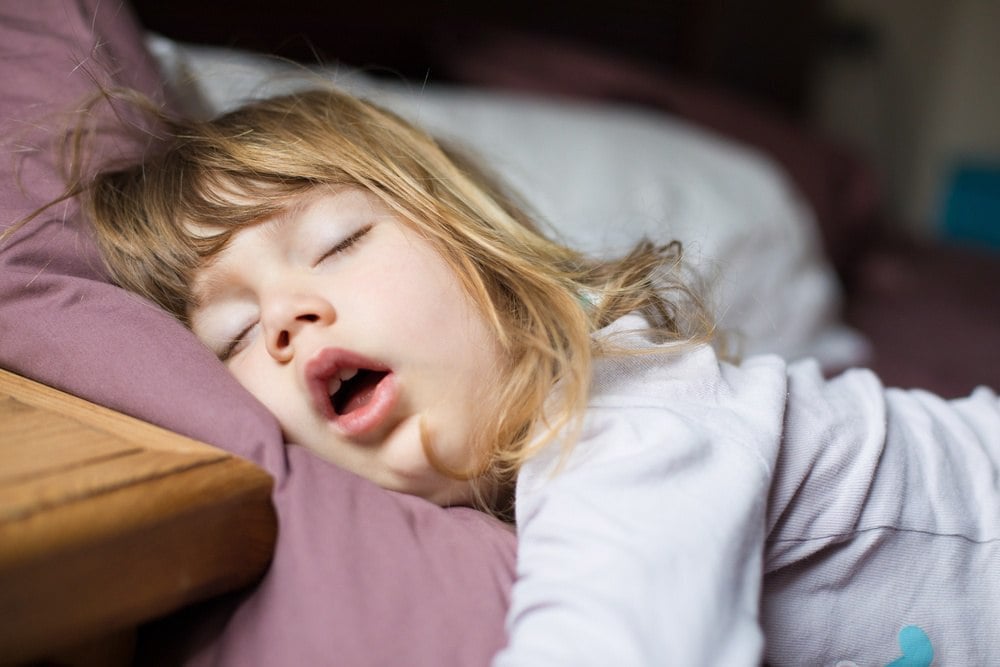 Many people think that sleep apnea is only a condition that affects adults, particularly overweight, middle-aged individuals.  However, sleep apnea also occurs in children.   According to the National Sleep Foundation, one sleep-related breathing condition that affects over 18 million people in the U.S., including two to three percent of children of all ages is obstructive sleep apnea (OSA). OSA runs in families and occurs more in children with enlarged tonsils and adenoids (lymph nodes behind the nose and in the throat). As a parent, you should known that doctors often diagnose children who have sleep apnea with a different disorder, such as Attention Deficit Hyperactivity Disorder (ADHD), since the children don't conform to the common patient profile. For example, a pediatric patient with sleep apnea may present with symptoms of hyperactivity,  whereas an adult with the condition is overly tired.… END_OF_DOCUMENT_TOKEN_TO_BE_REPLACED 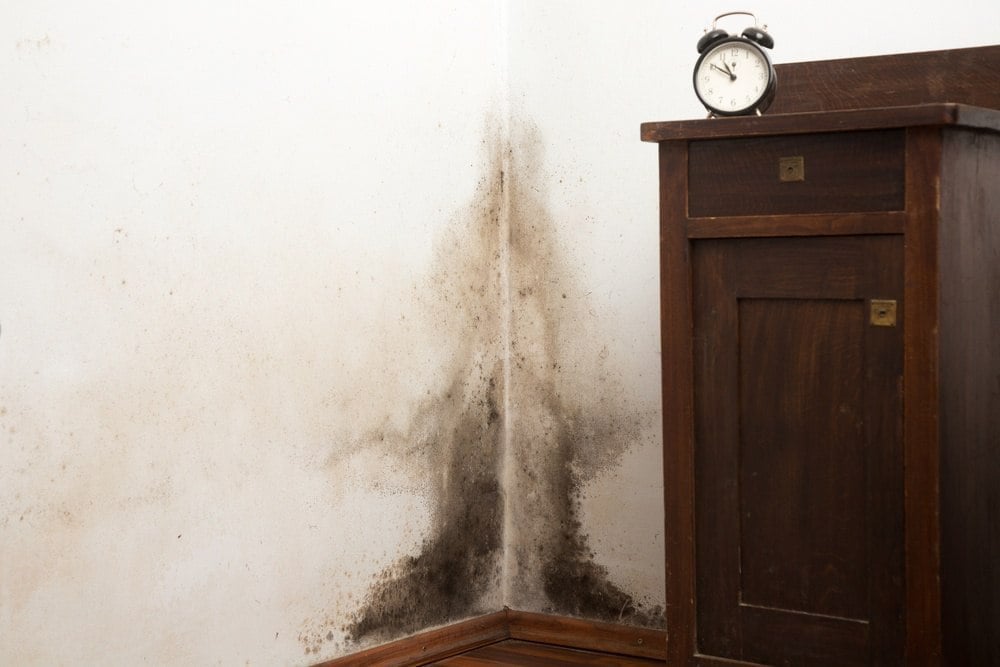 Hurricane Harvey brought some of the most catastrophic flooding that the city of Houston has ever seen. Now that the storm is over and the water is receding, business and homeowners are beginning to piece their lives back together — and clean up the mess that has been left behind. While countless properties have been completely destroyed, many evacuees who are returning to Houston are elated to find that their homes and businesses are still standing. However, before they breathe a sigh of relief, there is something that could quickly become a serious concern: black mold.… END_OF_DOCUMENT_TOKEN_TO_BE_REPLACED 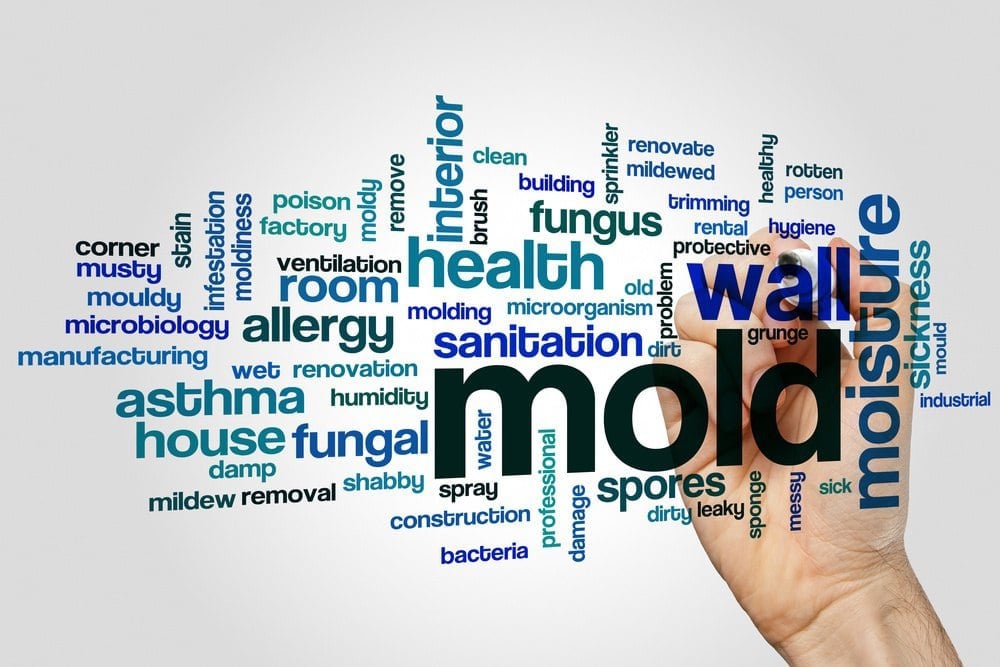 Hurricane Harvey made his unwelcome arrival in Houston, TX on August 25. Homes all over the state are badly affected by the floods. With increasing dampness coupled with warm temperatures and secondary flooding issues, there’s an increased risk of infestations of toxic black mold in homes in our area.… END_OF_DOCUMENT_TOKEN_TO_BE_REPLACED

What is a Cochlear Implant? (Definition, Reasons, and Indication) 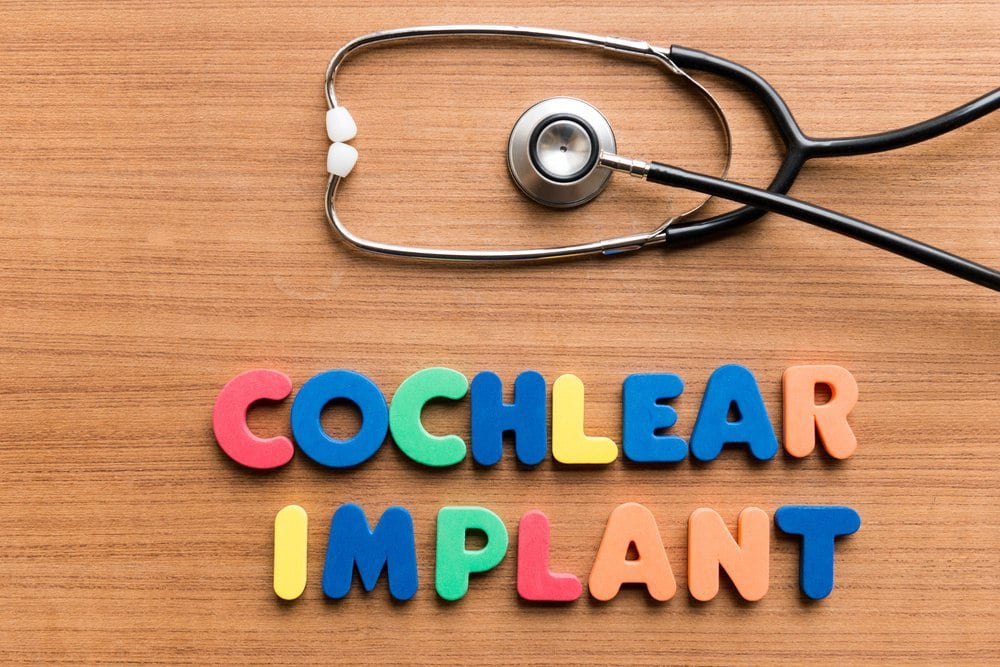 You may have heard of the term ‘cochlear implant’ but are unsure exactly what it means. If you have lost your hearing or are extremely hard of hearing, a cochlear implant may help you to hear again. Below, we look at the cochlear implant definition, reasons for getting one, and candidacy indications that you may benefit from one of these devices.… END_OF_DOCUMENT_TOKEN_TO_BE_REPLACED

What are the Different Types (Styles) of Hearing Aids? 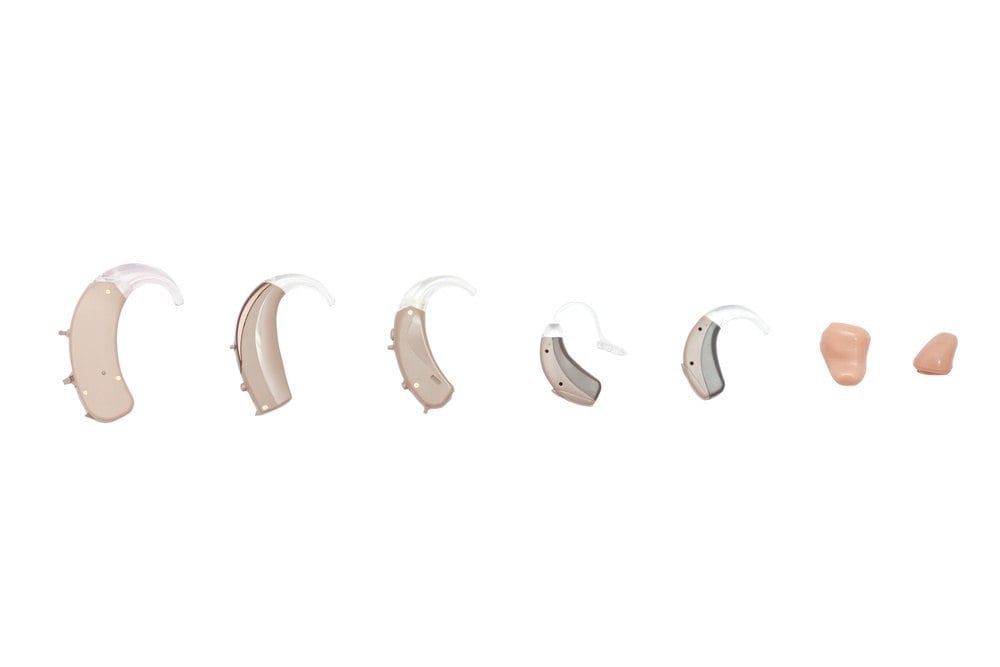 Hearing aids are tiny electronic devices you wear behind or in your ear. People with hearing loss are able to listen better because the aids make some sounds louder and/or clearer. If you have hearing loss, a hearing aid can make it easier for you to communicate and participate better in your daily activities.… END_OF_DOCUMENT_TOKEN_TO_BE_REPLACED

What is a Light Driven Hearing Aid? (Reasons, Uses, and Benefits) 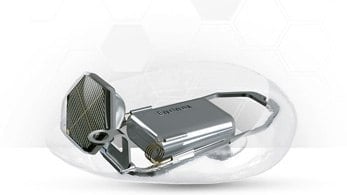 Hearing aids are an extraordinary advancement that has enhanced the lives of many people. Being able to hear sound and interpret it into meaning is a complex process that instantly occurs. You do it all day, both on purpose and without realizing it. However, you may take “hearing” for granted, until you realize you have a hearing problem through your own realization or through a hearing test.… END_OF_DOCUMENT_TOKEN_TO_BE_REPLACED