Top 10 Signs and Symptoms of Sleep Apnea in Children 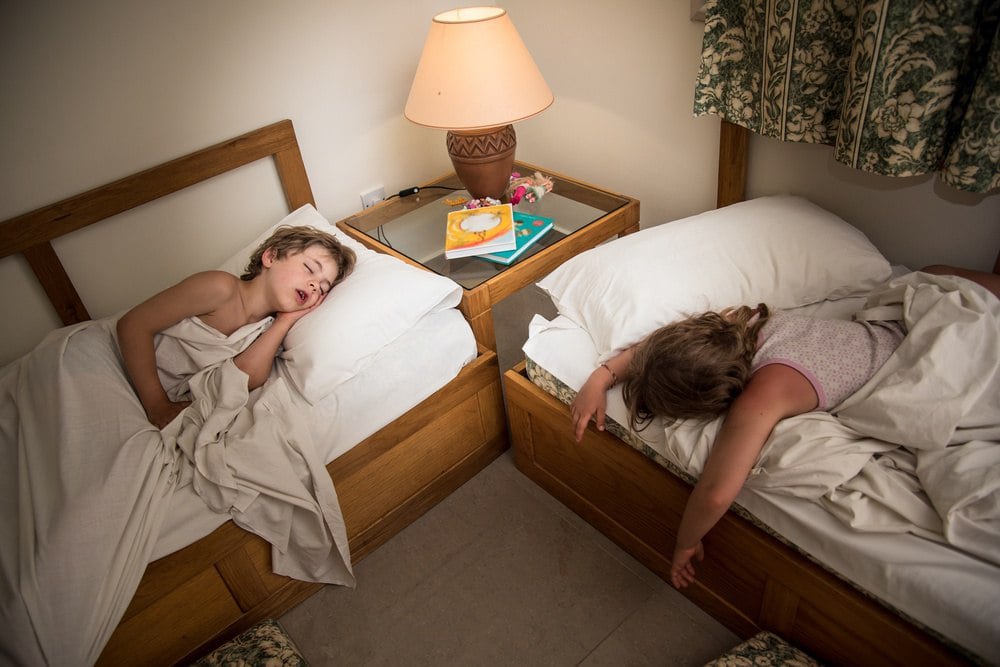 As parents, you want the best for your child. One of your biggest fears is that something would come along to compromise the health of your child or place that health at risk. Sleep apnea is a condition that affects nearly three percent of children, according to a scholarly article appearing in the Korean Journal of Pediatrics.

That is why it is so important for you to be on the lookout for these:

Top 10 signs and symptoms that indicate your child may potentially have sleep apnea.

Most parents expect the snoring associated with sleep apnea to be loud, as is often the case with adults. This isn’t the usual course of things when looking for signs of sleep apnea in children. Of course, snoring is not always a sign of something wrong. It is normal for children to snore. In fact, 20 percent of children snore on occasion with between seven and 10 percent of children snore most nights.

This type of sound from your child while sleeping is indicative of an increase in respiratory effort required because the upper airway is collapsed. When you hear these sounds in combination with snoring it is cause for concern and certainly worth investigating.

Ultimately what it means is that your child is working harder than he or she should need to in order to take in a breath. Children may experience mild, moderate, or severe retractions indicating the difficulty they are having taking in air and may be the result of one of three causes:

This is a disturbing symptom for parents to watch and one you might want to follow up with your healthcare provider about to rule out the potential for other serious health conditions.

Another term for enuresis is bedwetting. Bedwetting is quite common among children. In fact, it is estimated that between five and seven million children in the U.S. experience enuresis. The key rests in finding the underlying cause of nocturnal enuresis to rule out other conditions such as constipation, diabetes mellitus, chronic kidney disease, and more.

Of course, obstructive sleep apnea (OSA), is one of the potential causes for enuresis and should not be eliminated from the list of conditions to check for and rule out – especially if your children exhibit other symptoms of OSA.

This is usually not the result of an unruly child or too much water before bedtime among children with sleep apnea. It is simply the result of a child who isn’t getting enough sleep and is too tired to wake up when he or she needs to use the restroom. A

2003 study appearing in the National Library of Medicine reveals that children with suspected sleep breathing disorders, including obstructive sleep apnea, were at a higher risk of enuresis. What the test was not clear about is whether this increased risk was the result of OSA on arousal response, urinary hormone secretion, or bladder pressure.

Children who have continuously disrupted or fragmented sleep, as is often the case with obstructive sleep apnea, will often have difficulty focusing and behaving in the classroom. In fact, Sleep Review the Journal for Sleep Specialists reports that sleep apnea is quite often misdiagnosed as ADHD in children.

There is danger in this as children are being medicated with drugs that aren’t addressing their needs while a potentially serious medical condition is being ignored. Unfortunately, the symptoms of the two can be very similar, including things like:

The heartbreaking thing for parents to see with this particular symptom of sleep apnea in their children is that it not only has physical consequences, but also social consequences. That is why treatment for the right condition is so critical.

If you suspect your child may have a sleep disorder, such as obstructive sleep apnea, and he or she has been diagnosed as having ADHD, it is good to seek a second opinion from an ENT or sleep disorder specialist to rule out a potential misdiagnosis – especially if other symptoms of sleep apnea in children are present or your child’s ADHD medications do not seem to be delivering the results you may have hoped for.

If you notice your child holding or tilting his head back in an effort to clear the airway for breathing, you might want to seek the assistance of a qualified physician. This type of posturing is often the result of airway obstructions and your child’s efforts to open the airway properly.

Children who have sleep apnea may have difficulty sleeping and that leads to fitful tossing and turning throughout the night. If your child’s bed looks like a tornado has blown through in the morning, then there might be a strong indication of trouble breathing.

The Sleep Foundation recommends that you watch your child sleep and listen for gasps and other sounds that indicate stoppages of breathing or look for abnormal positions your child may find while sleeping to help him breathe easier. This could account for the tangle of sheets in the morning and indicate that you need to consider a sleep study to rule out or confirm sleep apnea.

Sleepwalking in children is caused by a variety of things including lack of sleep, irregular sleep habits, anxiety, stress, and even some illnesses. Since sleep apnea also causes sleep-related problems, it goes without saying that sleep apnea could cause the sleepwalking. However, the sleepwalking by itself can be a symptom, though rarer than some other conditions, of sleep apnea, according to Healthline. In fact, children with unresolved sleep apnea do experience higher instances of sleepwalking.

Far stronger than the occasional nightmare, night terrors are much more dramatic sleep disruptions for children that can be alarming, if not terrifying, to parents to witness. They include symptoms such as screaming, bolting upright in bed, sweating, breathing faster, faster heartbeat, thrashing, etc. As alarming as it can be to see in your child, it is not usually a cause for concern, though it can be one of the symptoms of sleep apnea to consider.

One of the most alarming symptoms for parents of children who may have sleep apnea is one known as failure to thrive. With this symptom, children may be lower on the growth and weight chart than other children their age. This is because the deep sleep cycle (stage 3) where growth hormones are released is so commonly fragmented due to your child’s inability to breathe. One common treatment, particularly for infants suffering from failure to thrive resulting from OSA is an adenotonsillectomy which effectively clears the airway allowing infants to breathe more easily.

Curious About Your Child’s Potential to Have OSA?

If you suspect that your child may be living with obstructive sleep apnea, BEARS is a great screening tool you can use at home. It stands for:

B – Bedtime.  Does your child have trouble falling asleep or even going to bed?

E – Excessive Daytime Sleepiness. Do you find that you have difficulty waking your child? Does he or she appear groggy or tired throughout the day?

A – Awakening During the Night. Does your child awaken during the night and experience difficulty returning to sleep? Are other factors disrupting your child’s sleep?

R – Regularity and Duration of Sleep. How many hours of sleep should your child be getting at his age? What time does he go to bed and wake up during the week and on weekends? Does your child get adequate sleep each day?

S – Snoring. Does your child snore? How loud? Is it every night? Does he stop breathing or making gasping and choking sounds while sleeping?

If your answer to any of these questions is yes, then you should contact us here at Houston ENT & Allergy Services today to discuss screening and potential treatment options for obstructive sleep apnea in children. The risks to your child’s health are too great to ignore or put off. 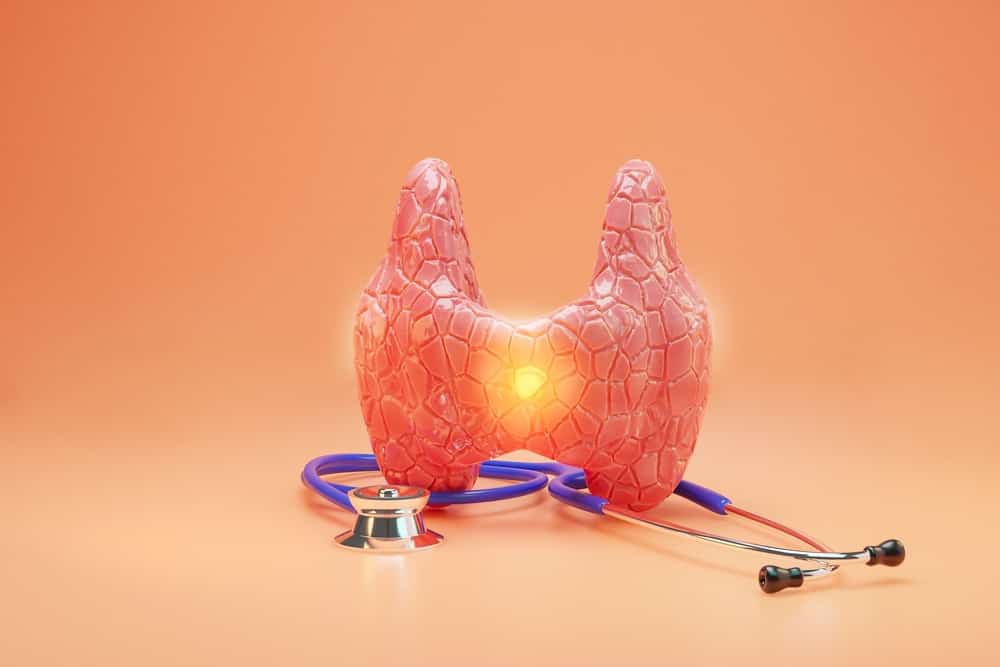